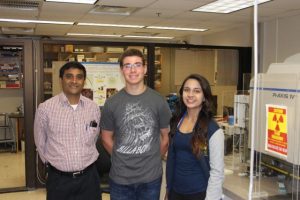 This is my ninth year with Young Scholars Program (YSP) from Department of Biological Science. Since 2007 I have sponsored  Individual Research Project (IRP) each year.

The aim of the project is to crystallize a protein (an enzyme) and soak different heavy-atom materials at different concentrations and time and study the effect on crystal dimensions and phasing power. It will involve the following steps:1) Specific laboratory skills in handling liquids, biological samples and liquid nitrogen, 2) Setting-up and manually observing crystal trays of protein samples, 3) Selecting crystals and equilibrating them against various heavy atoms at varying concentrations and times, 4) Flash cooling of crystals using gaseous/liquid nitrogen at cryo temperatures, 5) Collecting x-ray diffraction pattern at ambient and cryo conditions and obtaining crystal dimensions and space group, and 6) Drawing conclusions based on the observations.

This year the local newspaper, Tallahassee Democrat, carried an article about the Young Scholars Program and published some photos. One of the photos featured one my students. Given below is the link to the article and photos. 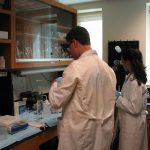 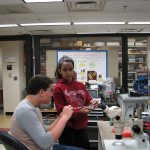 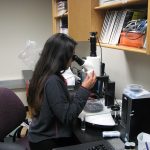 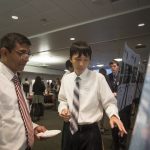 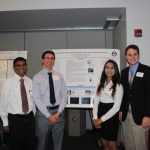 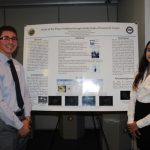