The MOB Graduate Program offers a limited number of classes under the MOB prefix. We also offer a Writing course and a Presentations course open to all students in the sciences. Other courses taken by MOB graduate students will be offered through Chemistry, Physics, Biological Science, Scientific Computing or other departments.   See the Curriculum page for more information.

MOB 5905 (1-12 hrs) (S/U) Directed Individual Study (DIS) – This covers general lab work for every student before being admitted into candidacy.  During the first year (3 terms), students enroll in Section 1-DIS Rotations under the Program Director’s name.  Beginning in the second year, students enroll in the DIS section under their major professor’s name until they have been admitted to candidacy.  The name of each section is changed to reflect the line of research, such as DIS Computer Simulation or DIS Biophysics Neuroscience.

MOB 5906 (1-12 hrs) (Letter grade) Directed Individual Study (DIS) – This covers general lab work and is only used in the event that a student has a need to bring up a GPA. This is an extreme situation because it means the student’s GPA has fallen below 3.0 for more than 2 semesters. This course can be used to bring up the grade for university purposes, but does not substitute within the program as sufficient. The student must still bring up the GPA with an academic graded course. It is only taken with the agreement of the major professor and MOB director.

MOB 5915 (1-5 hrs) (S/U) DIS Research—previously used for Special Topics courses. This can only be repeated to a maximum of 5 hours.

ENC 5457  (3 hrs) (S/U) “Writing in the Sciences”    Instructor–Susan Hellstrom
This course enables students to work on a writing project through the semester (e.g. journal article, fellowship proposal, or prospectus)>  Students identify the audience and purpose of their writing project and then clarify the central idea of their article or proposal.  From there, they draft their work section by section, figure by figure and then peer review their sections and figures in small groups.  Central to the course is the idea that writing and thinking go hand in hand and that it is only through careful revision (at least for most), including careful consideration of peer feedback, that we are able to produce a finished paper or proposal that is clear and cogent enough to be published or funded

COM 5115 (3 hrs) (S/U) “Scientific Presentations and Posters”  Instructor–Susan Hellstrom
This course emphasizes the importance of learning how to give top-notch talks and posters as a young science professional because a scientist’s professional reputation rests not only on their scientific contributions, but also on how well they communicate their findings.  This course covers such topics as effective slide design; how to overcome nervousness; how to effectively use presentation aids, including microphones, pointers, notes, props and handouts; how to handle audience questions; how to cope with problems; how to publicize a talk; ethical issues in giving talks; and how to design and use a poster to interact with colleagues at a conference.

MOB 6935 (3 hrs) (Letter grade) Advanced Specialized Molecular Biophysics. May be repeated to a maximum of 24 semester hours. Not offered every semester.

MOB 8965 (0 hrs) (P/F) Thesis Prospectus Defense – Part 2 of the 2-part pre-candidacy exam.  Prerequisite MOB 8964. This course consists of a written portion (grant proposal in the NIH or NSF format describing preliminary results and proposed experiments), public presentation and an oral defense before the Supervisory Committee.  When Part 2 has been passed, the grade change form for Part 1 and the Admit to Candidacy form is processed.  Incomplete grades cannot be changed except by using a Grade Change form.

MOB 6980 (1-12 hrs) (S/U) Dissertation (DISS)– After a student has been admitted to candidacy, he or she enrolls in Dissertation hours.  (The Registrar’s Office must have received the Admission to Candidacy form or the student will not be able to register for the course.)  Students are required to take a minimum of 24 Dissertation hours to complete the Ph.D. degree. 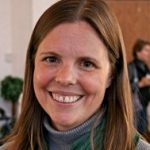