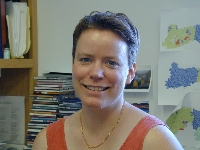 A key component of cellular biology is the correct deployment of every gene product to the correct sub-cellular compartment. Fully one third of the proteins made by eukaryotic cells transit through the secretory pathway and thus enter the endoplasmic reticulum (ER), which serves as the gateway to this endomembrane system. The ER can be likened to a protein factory, charged with an array of duties that include (i) assembly of new proteins into their correct quaternary assemblies, (ii) ensuring quality control by surveying for damaged proteins and directing their destruction, and (iii) sending the completed product on to the end consumer. This final step of protein egress from the ER is mediated by transport vesicles that are sculpted from the ER membrane through the coordinated action of a set of cytoplasmic “coat” proteins, known as the COPII coat. This coat complex simultaneously deforms the membrane into small spherical structures and populates the nascent vesicles with cargo proteins that are destined for forward traffic.

Research in the Miller lab is broadly aimed at understanding the rules that govern uptake of proteins into nascent vesicles, a process that is influenced by the presentation of address labels or sorting signals, by the folding state of the client protein and by the coat itself. We use the budding yeast, Saccharomyces cerevisiae, as a model system, which affords numerous biochemical, genetic, genomic and proteomic tools that can be brought to bear on this fundamental biological problem. By using such a tractable model system, we can rapidly discover new pathways and mechanisms that may be directly relevant to a number of human diseases, most notably cystic fibrosis and similar diseases of protein misfolding. Two main research arms of the Miller lab attack this problem from different angles: we probe the molecular functions of the coat proteins themselves; and we study the client proteins that must navigate the quality control checkpoint.