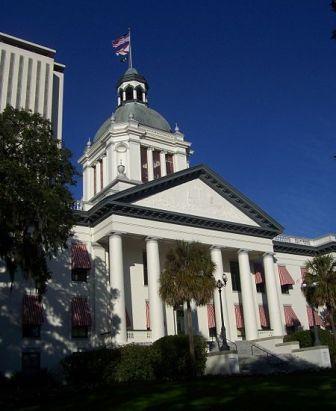 The City of Tallahassee (old town, in Apalachee Native American language) is the capital city of Florida.  In 2010, the population in the city limits recorded by the U.S. Census Bureau was 181,376, and the Tallahassee/Leon County metropolitan area was 367,413. The surrounding region features a heavily forested, hilly terrain atypical of most of Florida. Five major lakes plus numerous smaller lakes,  rivers and springs (including the world acclaimed Wakulla Springs) are within short driving distance from town offer opportunities for water related activities.

The nearby shore of the Gulf of Mexico offers broad beaches for recreation and relaxation while the many bays, tidal creeks, and salt marshes with abundant marine and bird life hold the interest of nature enthusiasts and sports lovers. St. George Island, with its wide sugar sand beaches and no high rise buildings, is a great place for a day trip or to spend a few nights. St. George State Park beaches have been named to the top ten list of US beaches for the past three years.

A mild climate promotes vigorous vegetative growth. Stately live oaks and pines are mixed with native gums, maples, deciduous oaks, cypress, and other varieties which display subtle fall colors. Heavy plantings of flowering shrubs provide enjoyment from winter to summer. Winter blooming sasanqua, japonica and camellia are followed, from February to April, by a spectacular display of azalea, dogwood, redbud, and flowering magnolia. Summers are green, punctuated by the vivid colors of crape myrtle, mimosa, and a wide variety of perennial and annual flowers. 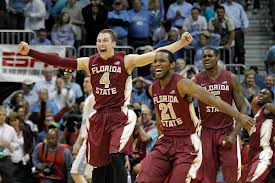 The city of Tallahassee is the major population center of Leon County. The region combines the atmosphere of traditional southern living with the convenience of a modern, forward-looking city. As the state capital and site of two large universities (Florida State University and Florida A&M University), a community college, a major regional medical center and a community hospital, Tallahassee has grown into a major residential community and center of commerce for north Florida and south Georgia. Although development has been rapid, the community has preserved its natural beauty and heritage. Industry is light, largely confined to building construction and professional services. Maclay Gardens, the Tallahassee Museum of History and Natural Science, Challenger Science Center, and restored homes in the historic section of the city provide entertainment and reminders of old Tallahassee and rural north Florida traditions.

Development of the city has greatly expanded job opportunities and added diversity to shopping, dining, and recreational activities. The Tallahassee/Leon County Civic Center, which seats over 13,000 people, plays host to major entertainers, sporting events, and community activities. The FSU Basketball team plays all home games at the Civic Center. Tallahassee residents are enthusiastic in their support of the university sports teams. In the Fall the town buzzes with the excitement of two university football teams from FSU and FAMU. Friday nights before an FSU home football game, the “Downtown Getdown” brings out supporters for a street festival to get ready for the big game on Saturday. See the Official Seminole Athletic website to learn more about the various sports teams at Florida State, including the football team, winners of the 2013 BCS National Championship. 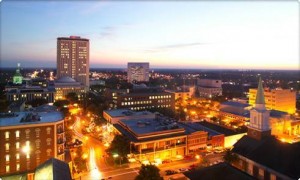