History of the Institute of Molecular Biophysics 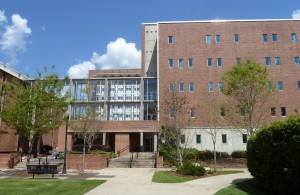 The seeds of the Institute were sown in 1959 by a group of chemists, biologists, physicists, psychologists, and other campus scientists who foresaw the need for close-knit cooperation among traditional disciplines in the rapidly evolving research area of molecular biology. This group, led by the late Professor Michael Kasha and strongly supported by University and State officials, actively sought financial resources to establish a truly integrated research program in Molecular Biophysics. This concept was enthusiastically endorsed by the Atomic Energy Commission which, in 1960, awarded the Institute a five-year grant of over $3 million for research personnel and equipment.

Additional efforts spearheaded by Professors Kasha and Leland Shanor, secured matching building funds from the National Institutes of Health and the State of Florida to provide a permanent home for the program. Construction of the Institute of Molecular Biophysics building in 1962 provided 50,500 square feet of space for 12 professors and a total staff of over 100 researchers. The Institute building was one of the first in the FSU Science Center and subsequently served, both symbolically and physically, as the hub for the multimillion dollar constellation of research and teaching buildings of the Chemistry & Biochemistry, Biological Science and Physics departments. See our Historical Photo Gallery for photos of the building through the years.

The early stage of generous funding provided not only for highly advanced equipment and technically superior facilities but also for many new permanent and visiting professorships, postdoctoral and predoctoral research positions. Scientists associated with the Institute have been one of its greatest strengths. Two of the Institute’s past Directors, the late Professors Michael Kasha and J.

Herbert Taylor, as well as Professor Donald Caspar, are members of the National Academy of Sciences. Prof. Kasha has served on the influential National Science Board. Distinguished visiting professors have included the late William Rushton, and Nobel Laureate Robert Milliken. The Molecular Biophysics Graduate Program and postdoctoral mentorship have contributed to the Institute’s position as a fertile training ground for over 200 scientists who now hold academic, industrial and government positions. On November 18, 2001 the building housing the Institute was renamed the Kasha Laboratory Building (KLB) in honor of the founding director Prof. Michael Kasha. Previously this building was referred to as Molecular Biophysics Building (MBB). 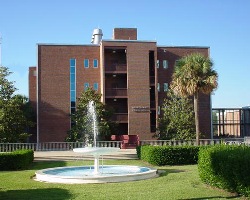 In the mid-1980s, the Institute, under the direction of Dr. Ted Williams, began developing Structural Biology as a one of its main research focuses. A generous grant from the Lucille P. Markey Foundation and the State of Florida supported substantial expansion of faculty and research facilities in this area. Students in the Molecular Biophysics Graduate Program can work in labs with research programs ranging from physical characterization of biopolymers to genetic engineering, using interdisciplinary approaches and state-of-the-art technology to investigate the structural basis for biological function and dynamics.

In 2000, with a $1 million grant from the FSU’s Cornerstone Program, Computational Biophysics was inaugurated as another research focus.  Professors within the Institute are succeeding in efforts to build an internationally renowned program in research and training in the application of computational methods to understanding how biomolecules work.

Q & A: What is Biophysics?
by Dr. Huan-Xiang Zhou